$10 OFF ANY HEATING OIL DELIVERY: COUPON ACTIVATED, USE CODE "SAVE10"
VIEW PRICES

Why Heating Oil is the Best Choice for Long Island

Why Heating Oil is the Best Choice for Long Island 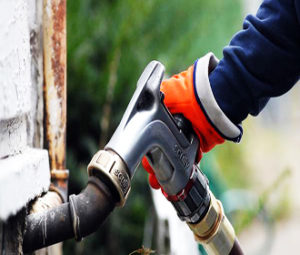 1. Heating oil is the fastest way to heat up home. Although Long Island is not as cold in winter as Maine or Minnesota, winters are still very cold. Average low temperatures in January are just 24F, and 25F in February. Daily temperatures usually remain below 40F. Assuming often cold winds, Long Island homes will often need a way to heat up quickly. Oil has a very high energy potential, and oil heat is delivered quickly once the furnace is started. This is a major advantage when compared to electricity or natural gas. Having such short times to heat up a cold home, with use of proper thermostats, consumers are able to save substantial amounts of money.

2. Heating oil is highly economical. Although heating oil is not the cheapest fuel per gallon, the oil heat is. It is thanks to high energy potential of oil and high efficiency of modern oil heating systems. Sometimes you will hear people complaining over very high oil heat consumption. This is due to improper system maintenance. To achieve good consumption, which may be as low as 800 gallons of oil for a 2000 square feet home per annum, you will need to have your system properly tuned up. This would not induce huge costs, as some parts, such as filters cost just few bucks. Annual check-up may be somewhat expensive, but it would yield a very long life of the burner. Well-maintained burners may last up to 20 years without losing much of their efficiency.

3. Very safe. Unlike natural gas, heating oil is a liquid, and its leakage won’t induce any suffocation hazard. Heating oil doesn’t vaporize at a room temperature, and no dangerous gas is released. If the tank is properly located – underground or outdoors, there is almost no fire hazard as well. Heating oil is not explosive. It is stored in tanks under no pressure, and tank blast is impossible. Amount of oil which is in the burner during its operation is too low to cause fire. The burner takes only how much the combustion chamber requires.

5. Partially renewable. Today, we can find Bioheat blends of heating oil, which includes up to 20% of biofuels. Biofuel (or biodiesel) is extracted from plants like rapeseed. Some oil also come from used cooking oil collected from restaurants. These blends protect both the environment and the heating systems, as they have a greater, natural viscosity for better burner lubrication. We can expect that oil companies will increase the stake of biofuel in heating oil blends in foreseeable future.

6. Long term investment. Properly maintained heating oil systems are cheaper than gas or electricity fired heating systems, and can last much longer than these. However, oil heat systems require somewhat greater care, but that is still far from rocket science. Oil heat systems will lasts anywhere between 10 and 20 years, depending on overall consumption and maintenance.

7. More economy options. Heating oil is delivered by truck, and can be purchased anytime, from any supplier. With electricity or natural gas, consumer is bound to purchase energy from a single supplier, constituting a monopoly where the price is often dictated. On the other hand, heating oil market is highly competitive. Prices may vary on a daily basis and among suppliers, and with use of heating oil comparison websites, you can always find the lowest current price.

8. Ability to plan your heating budget. Long Island winters are cold and long, and heating represents a major expense for most Long Islanders. Some companies offer various contracts where you can get oil at a fixed or capped price, which allows you to better plan your heating budget. Some of these plans may include maintenance of the furnace or your whole heating system.

9. Steady source of heat. Heating oil can always be delivered. Oil suppliers deliver it by trucks suited for all weather conditions. Gas pipes can be broken during long and heavy frosts, and it’s not uncommon when a cold wave approaches.

10. Oil heat is multifunctional. Cheap and clean heating oil can be used for water heaters. It can also power your air conditioner during summer, when heating oil is far the cheapest available source of energy. This way your savings can be even greater.

11. Oil prices are more stable. Heating oil price is less sensitive to abrupt changes in supply in demand, which occur most commonly under severe weather conditions. Refiners tend to maintain steady heating oil production year-round in an effort to have their storages full most of the time. As every home has its own storage as well, demand for oil heat will not increase immediately. Instead, it will take some time, and by then that severe weather (i.e. a week of deep frost – would end. Contrary to that, consumption of gas and electricity will increase immediately, causing instability in both price and means of supply.